Posted on January 30, 2018 by Joel Chouinard
Posted in Saskatoon Living 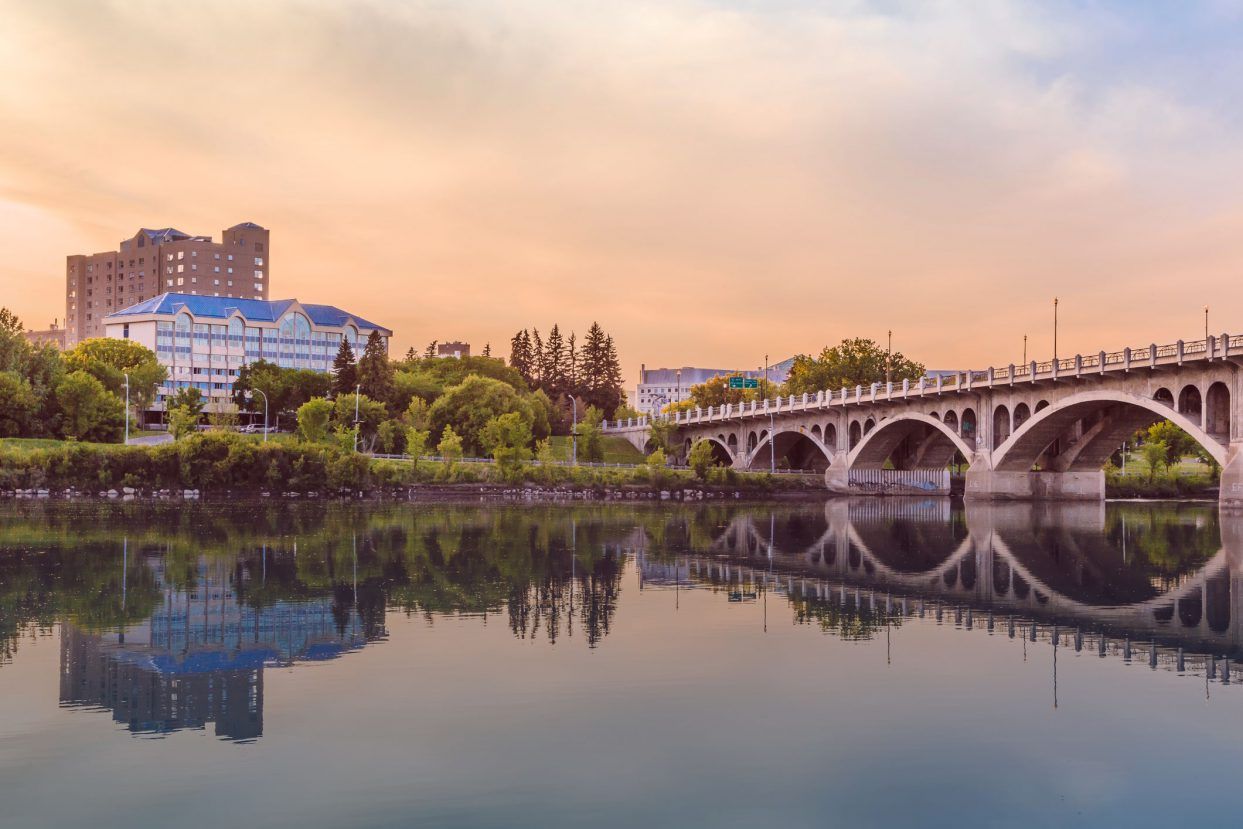 Nestled in the heart of the Canadian Prairies, Saskatoon is the largest city in the province of Saskatchewan and ranks among the fastest-growing cities in Canada. Saskatonians, as residents of the city are known, also comprise the youngest population in the nation. Unemployment rates in Saskatchewan are consistently low, making it a good community to put down roots.

Known as the City of Bridges, Saskatoon sits on the banks of the South Saskatchewan River and offers an ideal place to live for active people who enjoy walking, running, and riding bicycles. The city boasts an endless array of jogging and biking trails around the river, as well as many beautiful natural wonders in and around Saskatoon that can easily be reached by car. The province of Saskatchewan is affectionately called the Land of the Living Skies, and it lives up to its billing with gorgeous sunsets and stunning cloud formations. The Northern Lights are visible from Saskatoon occasionally throughout the year, providing a truly breathtaking visual experience without even having to leave the city.

Although Saskatoon gets a bad rap for its frigid winter temperatures, there is a lot to love about the weather in this area. In fact, Saskatoon ranks as one of the sunniest cities in Canada, with an annual average of more than 2,500 hours of bright sunshine. Due to its dry climate, Saskatoon experiences lower-than-average annual rainfall and humidity compared to other cities in Canada. For those who enjoy seeing a variety of weather conditions, Saskatoon has it all during its four distinct seasons, including warm summers and cold, snowy winters. In addition to below-average humidity, a typical Saskatoon summer is also marked by high winds, intense rainstorms, extraordinary lightning, sometimes hail.

Bolstered by the youngest population in Canada, Saskatoon serves up a wide range of opportunities in terms of education. Chief among them is the University of Saskatchewan, one of the top research universities in the country. The U of S, as it is known colloquially, was established in 1907 and remains the province’s largest institution of higher learning. The campus itself is worth checking out even for non-students, as it features several historic, magnificent buildings. There are a number of other post-secondary institutions located in Saskatoon, along with many elementary and high schools. To keep recent graduates working in the province, Saskatchewan offers the Graduate Retention Program, an income tax credit that refunds up to $20,000 of tuition fees paid by post-secondary graduates who live in the province for up to seven years following graduation.

Depending where you live in Saskatoon, many destinations are within walking distance. If not, Saskatoon Transit provides a fleet of buses that traverse various routes to get residents without a car to wherever they need to be. Many of the buses are equipped with racks on the front to transport passengers’ bicycles. For people with mobility issues, Access Transit is a shared-ride service that operates accessible vehicles on a door-to-door basis within city limits. Other modes of transportation include a VIA Rail train station near the downtown area and the John G. Diefenbacher International Airport, which offers one-stop connecting flights to several major Canadian, U.S., and international destinations.

Striking the perfect balance between city and country life, Saskatoon is a tight-knit community full of polite, warm, and friendly people who are happy to welcome newcomers to their hometown. It doesn’t take long for a recent arrival in the city to get acquainted with their fellow Saskatonians, whether grabbing a coffee at the local Tim Horton’s or heading downtown to enjoy the nightlife at one of the many restaurants and pubs. There are also plenty of events throughout the year. With a population around 250,000 people, there isn’t the hustle and bustle of most major metropolitan areas found in other parts of the world and it can seem as if everyone knows everyone. Another bonus is that Saskatoon is a hidden gem, so it isn’t crowded with tourists. For anyone looking to settle down and feel like part of a real community, Saskatoon is the place to be.

6. Proximity to the North, and Lake Life

Did you know Saskatchewan has over 100,000 lakes and rivers? If you enjoy lake life, Saskatoon is a great location. There are so many great lakes within less than a one hour drive from the city, but if you head north towards Prince Albert, you’ll find yourself in our beautiful boreal forest. Some lakes in this area include include Waskesiu, McPhee, Emma, Christopher, Anglin and Candle. Experience boating, fishing, hiking and so much more. You’re never far away from a new adventure.

Are you looking to move to our beautiful city? If so, please contact one of our Executives, and we’d be happy to help you find your new home.